What: If last week's photo was an odd choice for a postcard, this is an even stranger choice for a Christmas card!

But it originally appeared in a 1927 Christmas card, no doubt meant to give an interesting view of foreign life for the folk back home.

It's a pretty card. Here's how it looks as it comes out of the envelope: 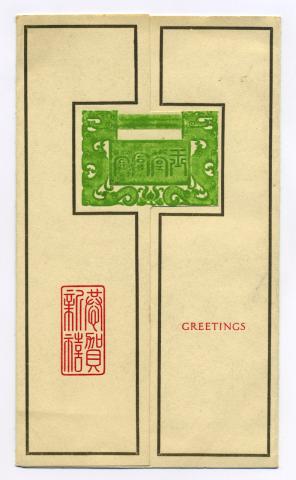 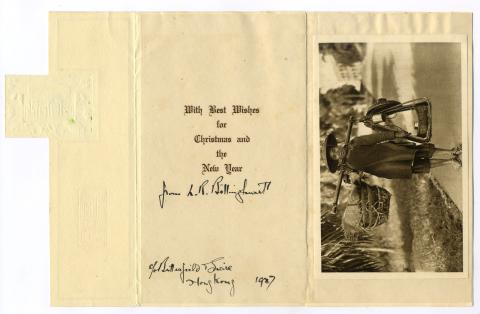 And here's the text on the back:

We know 'Kelly & Walsh' as a Hong Kong bookstore now, but in 1927 they were still a publishing company, founded and headquartered in Shanghai.

Who: We've got two people to identify.

First there's the lady in the photo. She has a variety of baskets and carriers on her shoulder pole. Is she heading out to buy things? Or a hawker who has sold all her wares and is heading home? Or ..?

Then there's the man who sent the card. He signed it 'from L. R.' - but then my deciphering powers fail me. Any guesses for the surname?

He also writes 'c/o Butterfield & Swire, Hong Kong'. If that's where he worked, maybe we'll find him in the jurors lists when we get to the 1920s.

When: 1927, probably several weeks before Christmas to give time for the mail boat to get back to Britain.

Where: Unfortunately the background of the photo isn't very sharp. Does anyone recognise where it was taken?

This is the last photo from me before the holidays. Thank you very much for reading, and special thanks to everyone who has contributed to Gwulo.com over the year. I wish you a very merry Christmas.

He was Mr Lewis Rhodes

He was Mr Lewis Rhodes Billinghurst, according to the 1927 Jurors List.

Thanks Adam, I've given him his own page.

Could it be the side road up to Gun Club Barracks from Chatham Road?

Thanks for the suggestion, but I think probably not. On photos that show the barracks, the road doesn't look as long as this one.

The lady most probably had delivered goods, foodstuffs, charcoal etc to foreign residences on the Upper Levels of Hong Kong Island

It is an interesting choice of theme for a Christmas card.  No glamours, no commercial buy buy buy message..  Just sharing a glimpse of a different corner of the world to folks back home or afar.  It is when pre internet time, when knowledge of foreign land travels by paper medium via snail mail.  Thanks for showing this in Gwulo.  It's such a historical moment..

I think the photo shows Mount Austin Road (previously Peak Road). Todays street view here The white building on the left at the top of the slope below. 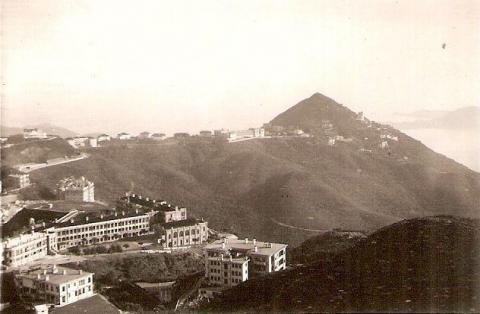 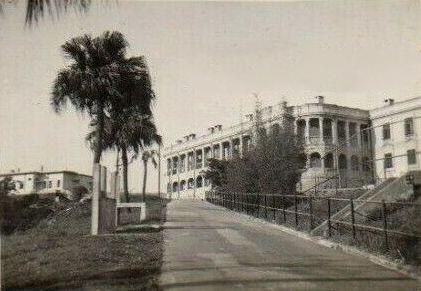 Well done, that looks like a match with the same slope, building, and type of trees on the left. 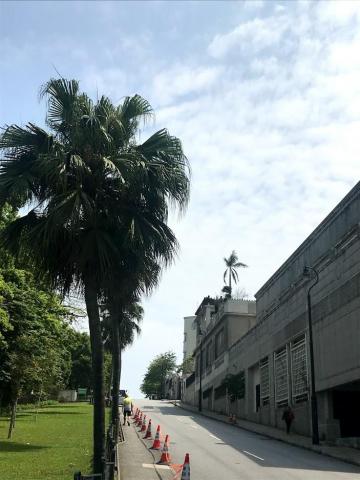 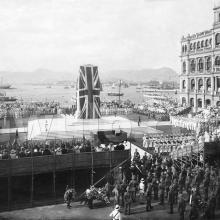 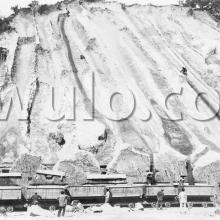 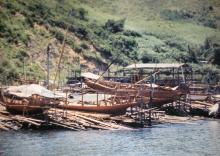