Michael Alderton (essarem) notes that the above image titled: Bodyguard ‘Two-Gun’ Cohen: ‘hell on wheels with a brace of pistols’, is a mid-1990’s reworking, by Alan Flett, of a mid-1950’s illustration by the popular English illustrator, Cyril Webb.

An example of Bodyguard ‘Two-Gun’ Cohen in action - Moishe Schwarzberg recalls: Shanghai, early 1923. Dr Sun Yat-sen was getting ready to move south to Hong Kong. It took me some time to meet Dr Sun. His bodyguards were on the lookout for enemy agents; but one day, while I was waiting for Dr Sun to come out of his Shanghai residence and enter the car, flanked by tough-looking guards who eyed me suspiciously, one crossed the street and approached me. I could see he wasn’t a Chinese, but could not have known that he was ‘Two-Gun’ Morris Cohen, Sun Yat-sen’s chief bodyguard and, later, a famous general in the Chinese Nationalist Army. “Who the hell are you, and what the hell do you want,’’ he barked. 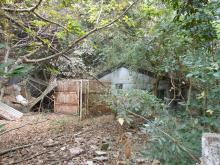