This is the Royal Navy service record for R E Jones, courtesy of his daughter, Rae.

He signed up for 12 years on 8th December 1923. That fits with him starting work in the Hong Kong prison service in 1935.

Rae knew he served on submarines. I think that is shown in the bottom set of entries that show him serving on Cyclops. According to http://www.battleships-cruisers.co.uk/hms_cyclops.htm, HMS Cyclops was a submarine depot ship, operating in the Mediterranean between the world wars.

Jones' service records for Cyclops show an extra identifier in brackets, eg "(L16)". The "L" followed by a number should be the submarine he was working on, eg HMS L16: http://en.wikipedia.org/wiki/HMS_L16. I'm not sure what the "(SC)" means.

The last entries on this page are for 1929, so it seems there should be another sheet for the entries up to 1935.

Rae believes he first visited Hong Kong during his time with the Royal Navy, but I guess that visit was recorded on the later years.

The Wiki link of HMS Cyclops has a line saying "Between the war HMS Cyclops served as a Submerine depot ship in the Mediterraneans, and return to Home Waters late in 1939, where she spent the war years until being scrapped at New port July 1947"

Don't know if that has something to do with it as the document pre-dates the scrapped dates.  Anyway.....

Thanks, that means R E Jones wasn't in the Far East for at least the first part of his service in submarines.

I found another site with good information about researching men who served on submarines: http://www.rnsubs.co.uk/Crew/research.php

It has a couple of paragraphs that are relevant to us. First the reason R E Jones' record ends in 1929:

If your relative served after 1st January 1929 the Record will cease at that date as his Record was transferred to card.

And second, details of the submarine depot ships that were in the Far East:

Those who volunteered as Submariners in this period ((1923-1938)) will have served in a number of different Depot Ships. Some familiar names continue during this period HMS AMBROSE went to the Far East to be the Depot Ship for the China Flotilla (4th Submarine Flotilla) at Hong Kong to be replaced firstly by TITANIA and later by MEDWAY. Initially the Flotilla was made up of the L Class Submarines but these were later replaced by Submarines of the Oberon, Parthian and Rainbow classes.

This page about Titana (http://www.the-weatherings.co.uk/pccship0449.htm) says:

1921 Took a flotilla of L-class submarines out to the China Station and remained there until 1929.

This page about the Medway (http://www.submarineheritage.com/gallery_medway.htm) says it was completed in July 1929, which is probably when it replaced the Titania on the China Station. Then it was moved from the China Station to Alexandria in 1940.

Permalink Submitted by HO Lim-peng on Sun, 2013-11-03 01:50.
SC probably means Ship's Company , meaning he was working on the depot ship itself, rather than an assigned submarine.

SC - means spare crew.   Definition given to me by the RN Submarine Museum when doing some research a few years back.

Thanks for clarifying that. It makes sense he'd be assigned to the depot ship initially, then I guess he'd move to a submarine once there was a vacancy?

This website https://hebrideanconnections.com/boats/8974 gives some information about the whereabouts of HMS Titania in the 1920s.

In Oct 1919 HMS Titania was commissioned at Chatham as depot ship for the 4th Submarine Flotilla, China.

Ship's Log http://www.naval-history.net/OWShips-WW1-50-HMS_Titania.htm shows that she sailed to Hong Kong and arrived in April 1920 on the way to China.

https://en.wikipedia.org/wiki/Hong_Kong_Second_Division_League shows that HMS Titania fielded a football team in Hong Kong in the 1921/2 and 1923/4 football seasons.

In 1930 HMS Titania was commissioned at Chatham for the 6th Flotilla based at Weymouth/Portland.

Your relative may well have arrived on a different ship.  Mine arrived aboard HMS Titania in April 1920. 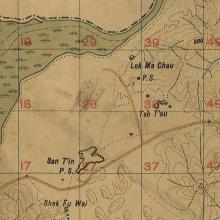 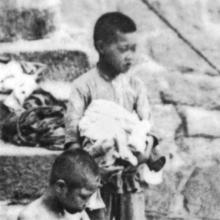