c.1922 View of Hong Kong from the harbour

This had me confused for a while, but I think I've got it now. We're looking at a stretch of the then relatively new Connaught Road.

Starting from the right, the old Central Market is easy to recognise with its central tower and gables on either side. It's the Market that was puzzling me though. That's back on Des Voeux Road, so shouldn't be visible. I'm guessing that the fire station (completed 1926) hasn't been built yet, so we're looking through a gap to see the market one block back from Connaught Road. That's the best explanation I can think of - better explanations are very welcome!

How about the date? Lugard Road is clear to see around the top of the Peak, and we've seen photos from 1918 showing it's construction. There's no sign of the fire station that was finished in 1926, so I'll split the difference and guess 1922. If you can spot any clues to narrow down the date, please let us know.

Moving from right to left we've got:

The other landmark I was interested to see is the tower of the Roman Catholic Cathedral on the left of the picture. The building is hidden away now, but when it was built it was clearly visible from the harbour.

What else is there to see in this photo?

1925 View of Hong Kong from the harbour

This photo was taken about 1925. The Central Fire Station building is being built. The tall building to the right of the GPO, I think was called the P & O Building and it was completed in 1924. Your timeline for your photo appears to be within the correct period. 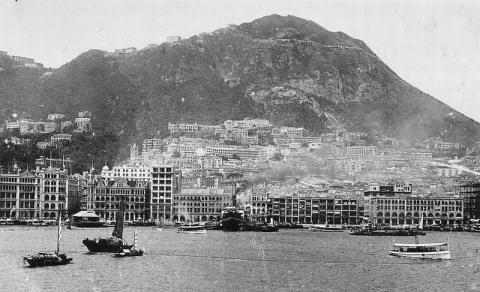 Thanks Moddsey, that's a great comparison shot. Over time it'll be good to build a collection of that same view over different years, then run through them like a time-lapse movie.

re 1922 view of Hong Kong from the Harbour

Marble Hall can be clearly seen in this picture too.  Half way up on the left standing slightly apart.  Liz 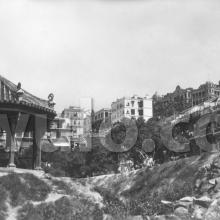 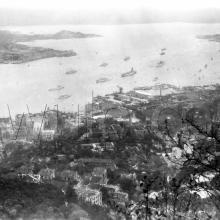 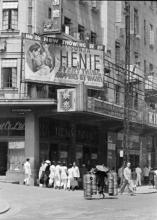