When: The original owner kindly wrote "Hong Kong 11/3/24" on the back of this postcard. So March or November, depending on their nationality, but definitely 1924.

Where: It is labelled "Aberdeen Harbour", but this part of the harbour was known as Staunton's Creek [2019 Update: Most maps mark it "Staunton Creek", so that's the name I use now.] Jason Wordie provides some background [1]:

"[...] the flat area of terraced fields above the fishing village of Aberdeen was shown on early maps as Staunton's Valley below which flowed Staunton's Creek, a stream whose mouth in Aberdeen Harbour is found near the present Ap Lei Chau bridge. Staunton's Creek was a frequent resort of small craft owing to its relatively sheltered position, but the lower reaches have since been reclaimed."

Here's a map of the area from 1845. The creek is shown in the top-right corner, and leads away to the right: 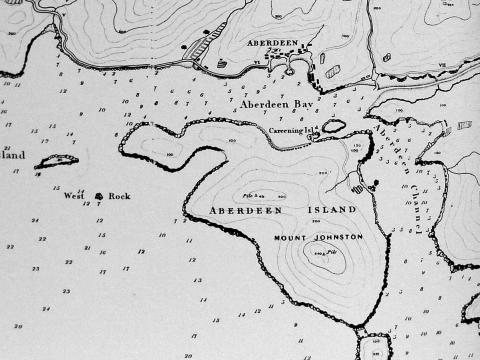 The photo shows a pleasant, wooded hill on the far side of the creek. A few years later the trees were cleared, and construction of the Holy Spirit Seminary [2] began. It opened in 1931, and its Chinese-style tiled roof is still a landmark in the area today:

Who: The buyer was likely on a tour of the Far East, jotting down when and where they saw this so they could tell the folks back home.

As the photo shows, they'd have seen the residents of these sampans going about their daily lives. (It must have been a good drying day when the photographer visited. Over on the right there is someone is hanging out the washing.)

But who were they? Families of the men who sailed out on the larger fishing junks? Or service workers that supported the fishing fleet? Or ...?

What: The sampans are the main feature of the photo. Most follow a standard design, with a curved roof, flat wooden back, and a single oar sticking out the back.

There are some other styles though - the boat second from the left has a pair of sliding shutters on the back. It's also the proud owner of a ship's cat!

I wonder how often they'd move around, and how far? The oar suggests they'd move around the harbour at least. And I can count eight with masts up, that would be able to sail further afield. In fact looking closely there are several boats that show long poles laid horizontally. Could these be raised as masts too, or they're just convenient poles for hanging things on?

The last unusual items are a couple of grassy looking structures on the shore in the distance: 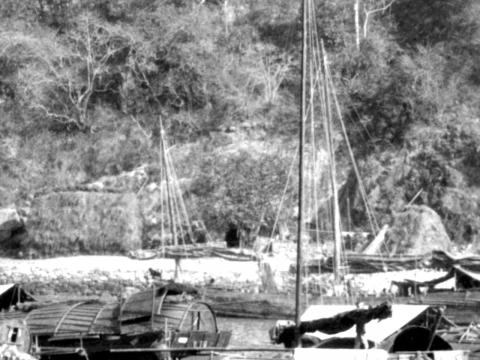 Thatched shelters for storage or accommodation? Racks for drying grass?

If you have any answers to these questions, or any other comments about what we're looking at, please let us know in the comments below. They're so tightly packed by

They're so tightly packed by 1967. I can't imagine the boats could move around at all?

Thanks for sharing the photo,

I would see them as floating huts as these are basically residence of the boat people.  Actually back then all major typhoon shelters has their own fleet of floating huts.

Certainly by the 1967 photo, they were on the way to becoming the permanent huts like we see at Tai O - I can already see some vertical fixed poles among the boats.

Back in the 1920s they still looked more mobile, so I'm curious to know how much they moved around then. eg just around the harbour, or was there some longer distance travel such as a seasonal movement between ports?

How Staunton's Creek got its name

Thanks to Stephen Davies for this extra information:

The creek got its name as a result of the rendezvous of the ships of the Amherst embassy in Aberdeen in 1816 (HMSs Lion, Alceste, HEICs Antelope, Discovery and General Hewitt as I recall). One of the people in the embassy was Sir George Staunton and he and someone else (can't remember off the top of my head, but it appears in the narrative) went for a walk up the eponymous creek to Heung Kong Tsai.

The interesting thing about the waterfalls is that although Abel, the
botanist/medico of the embassy, did the famous watercolour of Waterfall Bay, that may in fact NOT have been the principal watering point. If you have a look at the first Belcher chart of HK (1841), you'll see that the ONLY waterfall marked in the Aberdeen area is the one now dammed by the Aberdeen reservoirs, which debouches at the seaward end of Staunton Creek.

Up on Bennett's Hill to the N of Staunton Creek there used to be a large
stand of mature pine trees which were used by the fishermen to replace broken spars. That's why John Kendrick was full of praise for Aberdeen when he limped in there in 1792 in the storm damaged Lady Washington and was able to replace all his battered or lost spars. He named the place Port Independence! The whole of the wood was felled in the 1850s (as far as I can recall) by an entrepreneur (it may have been the eponymous Bennett) who used the timber to construct roofs in Central. 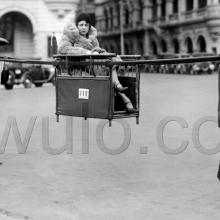 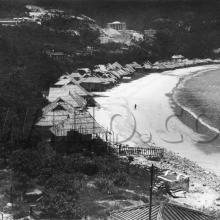