What: No prizes for noticing the gun in the photo! It was one of the guns installed to defend Hong Kong from attack by foreign navies. I'm hoping one of our knowledgeable readers can tell us more about what model of gun we're looking at.

Where: The title on the photo is

Here are the artilleriy batteries that were built by the British. Can anyone recognise which of the Kowloon batteries it might be, eg from the skyline?

There's also this structure in the background to the left of the photo, that might be a clue: 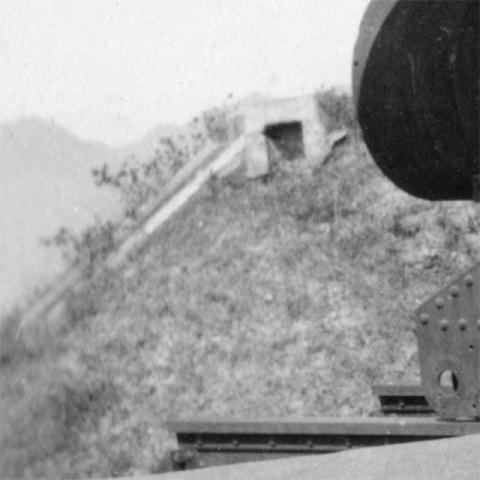 When: Here's the back of the photo-postcard. 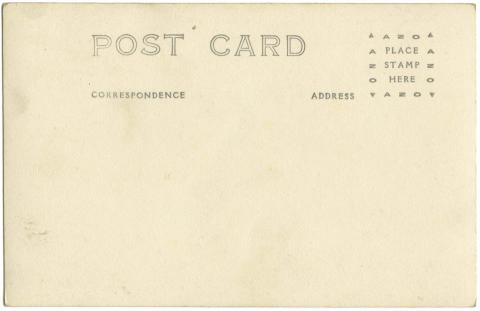 Who: I don't have any information about the original owner or photographer. If this battery was stilll under the army's control when the photo was taken, it probably belonged to a soldier. But if the battery was no longer in use and was accessible to the public, it could have belonged to just about anyone.

May be Stonecutters Island. Looks like Tai Mo Shan in the background. 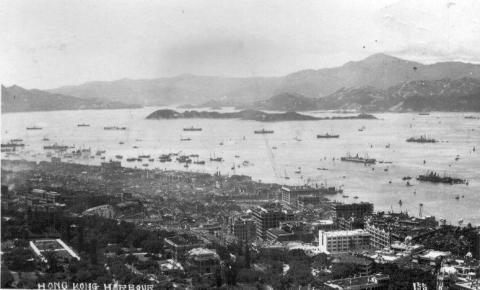 Thanks Moddsey, and also to Thomas Eager who replied by email suggesting Stonecutters Island. I'd hoped the photo showed one of the batteries off Hung Hom, but I think you're right.

I looked through James McAndrew's photos (http://gwulo.com/image/tid/1940) as he took several of the different batteries on Stonecutters, but I didn't see any matches for location.

I am not a gun expert, but the British Government found itself rather well supplied with large, heavy, guns after November 11th 1918, and embarked happily on a programme of setting them up as coast defence artillery, generally in association with Barr and Stroud fixed rangefinders.

From the type of mount i will guess that this is a naval gun, maybe a 9.2"

re: Gun in Kowloon 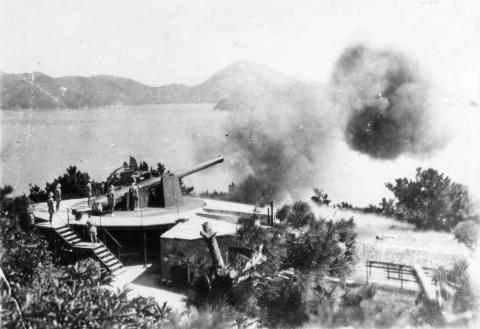 I have been trying to identify the gun itself.

Looking at the barrel size it would appear to be larger than a 9.2in, but the barrell lenght appears short for a larger calibre weapon.

It looks more like a howitzer than a long range coastal gun.

I am not familar with old costal guns.. but i would guess this is an old 6 inch BL?

In 2010 I posted two pictures of guns which were among my family pictures. You can find them if you search for John Olson. The entry is titled "Guns".

At the time there was no identification but maybe there may be now and the pics may turn out to be useful.

Incidentally, family had no military connections except that my grandfather was in the HK Volunteer Force during WW1. 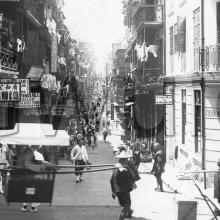 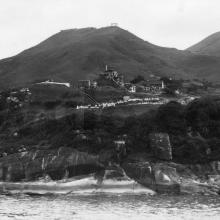 Range finder on Signal Hill. Havildhar Major in the center.