I believe these buildings were demolished to create the site for the Japanese War Memorial, so I've guessed a demolition date of 1942.

END_OF_DOCUMENT_TOKEN_TO_BE_REPLACED

I agree with you that the two ( or 1 1/2 ?) old buildings stood on the site later occupied by the Japanese War Memorial and now by Cameron Mansions.

Moddsey's photo below shows the old buildings near the top right corner. 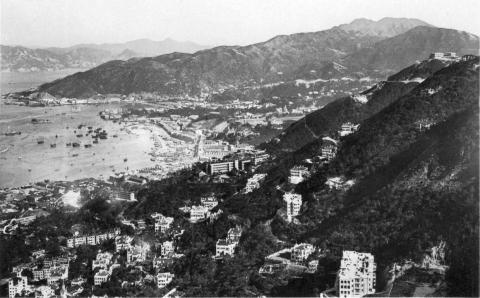 This recent snap taken from the same spot shows Cameron Mansions (the yellow building) in the same place. 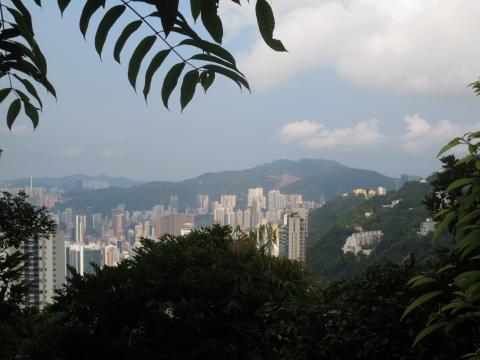 Further corroboration is contained in this 1930s map showing the larger and smaller buildings adjacent and in line in the upper center. 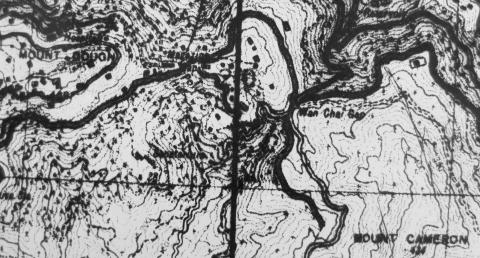 Jabalong's post of 9-12-2008 in www.gwulo.com/japanese-war-memorial quotes a SCMP article stating that the site had been occupied by Cable & Wireless buildings which were cleared for the construction of the Japanese Memorial, This must have occured after the Japanese occupation on 25-12-1941 and before the laying of the foundation stone of the Memorial on 8-12-1942. As they would have had other things to think about in the immediate aftermath of the surrender, the demolishion date for the two old buildings should be 1942 as you mentioned.

If the SCMP's claim that the buildings belonged to Cable & Wireless is correct, they were presumably staff quarters. However, the 1936 Jurors List (Page 30) states that Edgar LEWIS, Exchange Broker resided at No. 520 The Peak.

Buildings on the Peak demolished for Japanese memorial

I am curious about these buildings and the topic....as the Granddaughter of Hugh Blackwell Layard Dowbiggin. I have always been told that my Grandfather's house was demolished for the building of the memorial. I know that he owned several homes on the Peak through his life time in Hong Kong prior to the invastion, and have some pictures of two of these homes. However, none of the pictures I have look like the two buildings discussed in this article. Is it possible that there was another building involved in the demolition? Both my Grandparents and all their children confirmed this story, so I have no reason to believe it was not factually correct.

Hugh spent the duration of the occupation at Camp Stanley, was shipped to Vancouver BC for recover his health with his daughter Anne Rosamond Layard Toone nee Dowbiggin (my mother) and then spent some time with his family in England. Upon Hugh's return to Hong Kong he made his home at an appartment at the Happy Valley Race track where he was Clerk of the Course. He lost the house and property during the war for the building of the memorial and there was no compensation for this loss. He never did again buy a home or property in Hong Kong.

I look forward to further details

I looked through the PWD annual reports for mentions of RBL 66. I didn't find details of any new buildings on this lot, but I found a couple of mentions in the reports for 1923 (item 122.e) and 1924 (item 130.d) which describe laying a 6" sewer 'From Stubbs Road to R.B.L. 66'. I think this would be a sewer laid in preparation for new buildings there, so I've guessed the buildings were finished a couple of years later in 1926.

re: Buildings on the Peak demolished for Japanese memorial

In your grandfather's 1945 letter, he writes:

My big bungalow at the Peak, was pulled down, along with 3 adjoining houses, by the Japs to put up their War Memorial on the combined site!

So it sounds as though the bungalow was near to 520-522, but separate. If you could upload the pictures you have of the buildings, Gwulo's readers may be able to help you identify them. Here's how to upload a photo: https://gwulo.com/node/2076 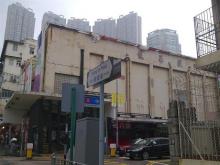