They were built shortly after central reclamation finished. The left 3 houses were occupied by the South China Morning Post, their offices were occupied on 1 June 1903 (see comment below). 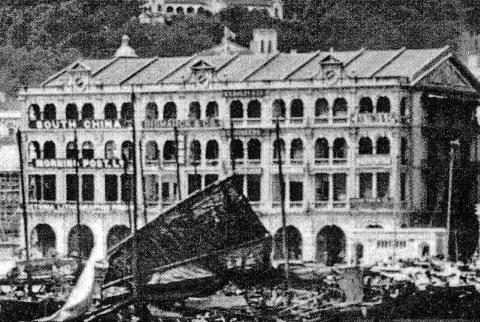 As the buildings stood at the waterfront, they were pretty exposed and are found on many praya photos. They stood there after the war until the early 1950s. Here's a photo from 1941: 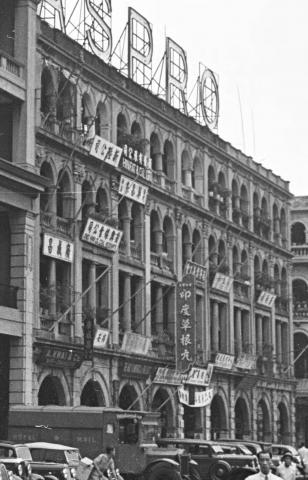 What happened next reminds of the song of the ten green bottles that were hanging on the wall. 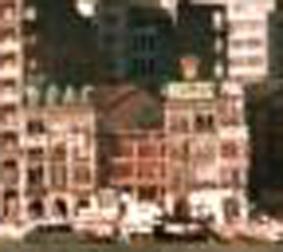 Changes now occur quickly. In 1958, the next three buildings are gone: 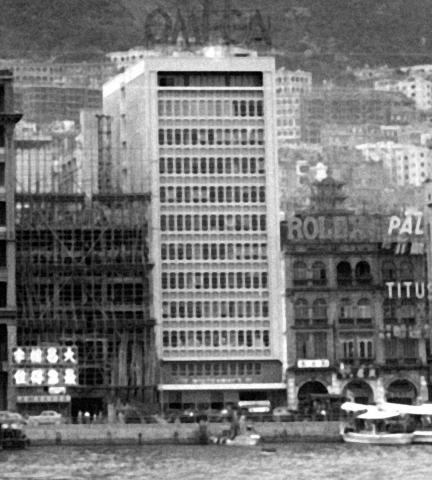 Fung House has been completed, and Grand Building is under construction. Only houses 20-23 still there.

But not for too long, in 1961 (or possibly a bit later as the photo below is a bit uncertain in its date) it looks as if these last ones are being demolished. 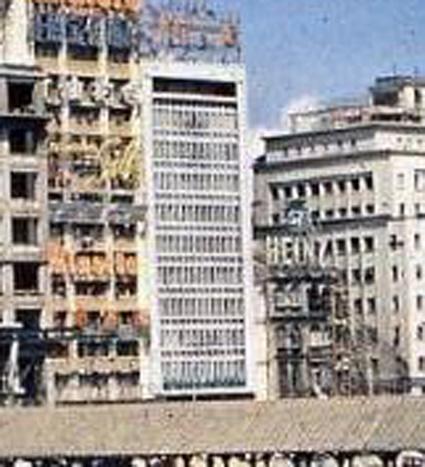 Grand Building still exists, (old) Fung House has been replaced by (new) Fung House, and on the right will be Chinese Club Building that opened in 1966.

Here's a view from 2010. David identified the buildings, the 3 ones on the right are: 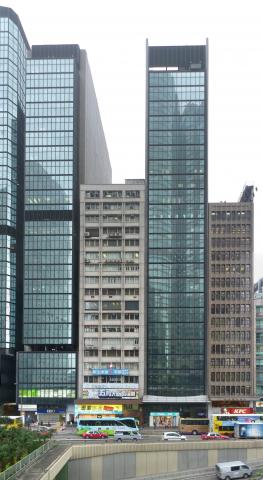 END_OF_DOCUMENT_TOKEN_TO_BE_REPLACED

The first issue of the SCMP

The South China Morning Post was founded on 1 April 1903 by Alfred Cunningham, former editorial directors of the Daily Press, and Tse Mu Tai at Dudley Street, and moved to the Connaught Road office on 1 June.

The completion date (1903) for these house is confirmed. 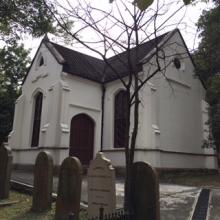