Where: On the far right of the photo there is a blurry tower in the background. I think it is St. Margaret's Church in Happy Valley - compare it with this photo from the 1950s: 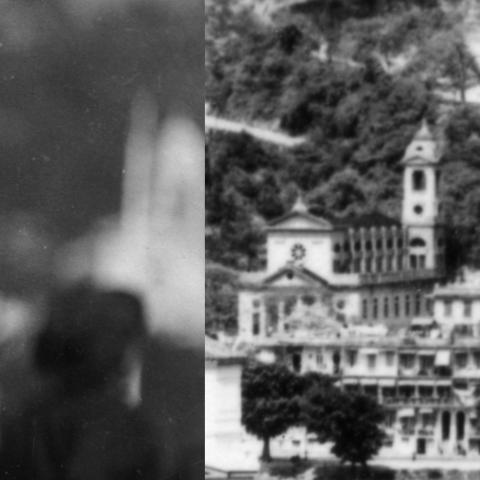 That would make the buildings on the skyline to the left of the photo the old government quarters on Leighton Hill, and place the photographer down at the Happy Valley Racecourse.

What: This photo was printed as a postcard. The tourist who bought it wrote on the back: 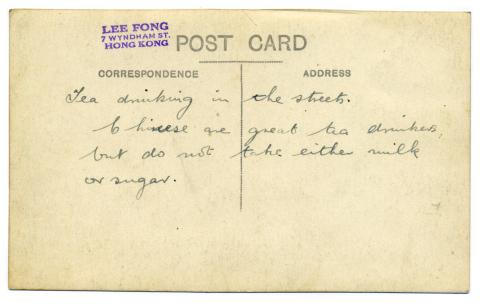 Tea drinking in the streets.
Chinese are great tea drinkers, but do not take either milk or sugar.

Would it have been Chinese tea like we get in a restaurant, or some other drink? Here's what it was served from: 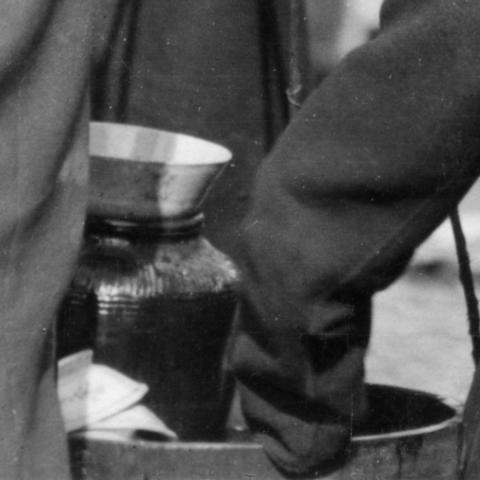 The jar (ceramic jar? thermos flask?) is in a bucket that's made to be carried on a shoulder pole. I think it's the wooden lid of the bucket we can see down to the right of the hawker.

When: The Leighton Hill Government Quarters shown here were badly damaged during the fighting in 1941, and demolished shortly after the war. That dates it to 1941 or earlier.

The postcard was printed by 'Lee Fong, 7 Wyndham Street.' Other postcards from Lee Fong are typically dated to the 1930s, so I'll guess 1935 as the date for this photo.

Who: A family out for a day at the races.

I think it would be impossible to identify what kind of tea or drink they are having, but it might be some sort of herbal tea instead of the everyday tea that we might consume at home.

Yes, it seemed like a long shot! Thanks for the reply,

I doubt it is tea.  Of course things may have changed but the bowls they are drinking out of are larger and flatter and nowadays you woud be drinking a sweet drink or possibly other desert type drink if using such a bowl.  Sweetened ginger water?

Another clue is that the boys drinking it are just that boys.  Boys will tend to like a sweet, refreshing drink on a day out in the open in the Valley.  Can't be sure but i really doubt it is tea.  Ironic given the caption of the sender of the post card.  I assume the sender was a tourist rather than a resident. 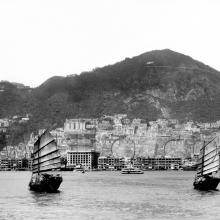 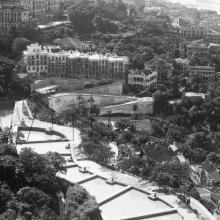