Where: As the title notes, we're up on Scandal Point, roughly where the Queensway Government Offices are today.

Here's a map from 1880 that shows the area, with Scandal Point at the centre of the map: 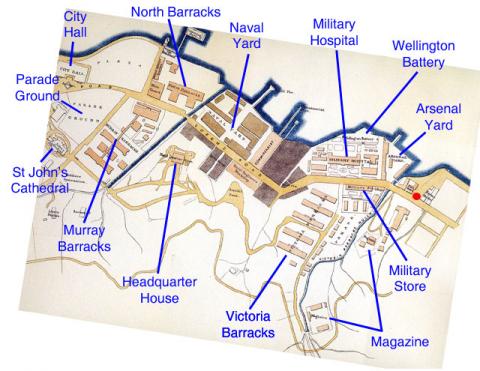 The two buildings in the photo's foreground are on the site of the Canton Bazaar. As its name suggests, the Canton Bazaar was initially a site for commercial use. But in this photo we see what look like two new buildings, stillwith construction material around them. I believe that between 1880, and the time this photo was taken, the site was re-developed for military use.

Just behind those two buildings is Queen's Road (today's Queensway), then the buildings north of that are the Naval Yard.

Who: Not many people to be seen, but some signs of life on the two large buildings with the verandahs. The left building has a few people going about their chores, and though we can't see anyone on the right building, but there must have been a keen gardener around based on the number of potted plants: 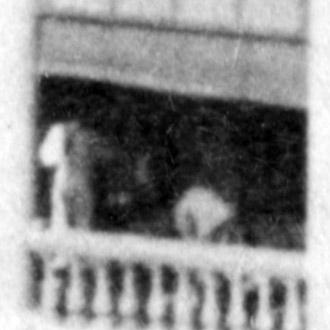 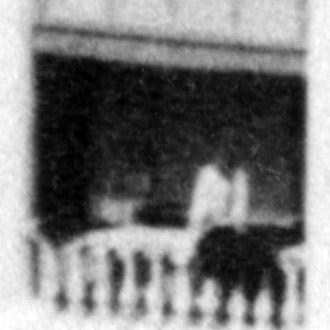 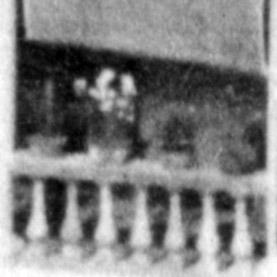 What: A beach! It shows just how shallow the water was along this part of the coast: 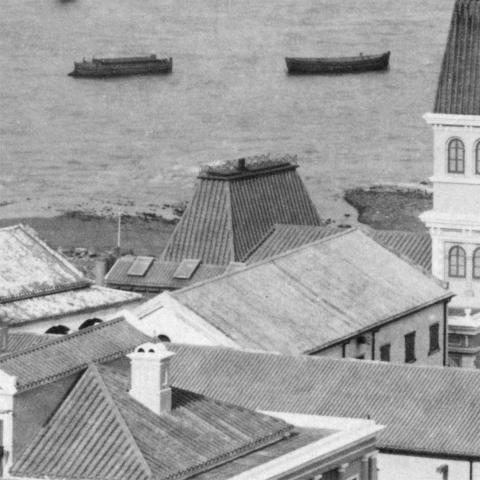 Out in the harbour are several ships flying the Royal Navy's White Ensign: 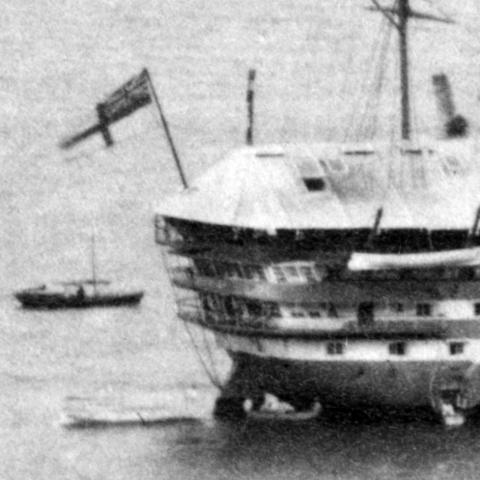 This is one of their obsolete ships, no longer fit for fighting, but recycled for other use.

The area in the main photo between Queen's Road and the shore was the full extent of the Naval Yard at the time. As their facilities on land were limited, they'd anchor old ships like this one in the harbour, convert them into 'hulks', and use them for accomodation, hospital space, administration offices, etc.

When: After 1884, as over in TST we can see the Marine Police Headquarters building : 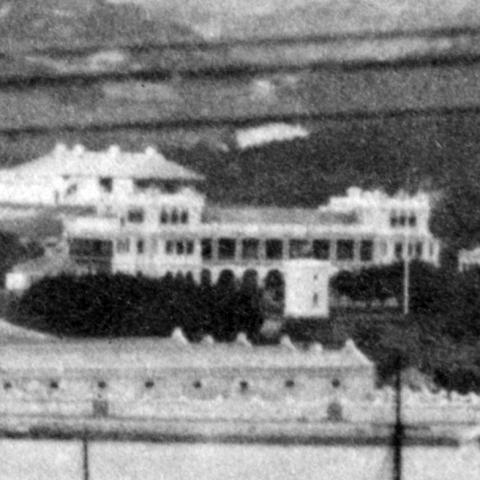 We can also see several of the godowns along the wharf, including the one with the distinctive big arch. Does anyone have a date for when that was finished? 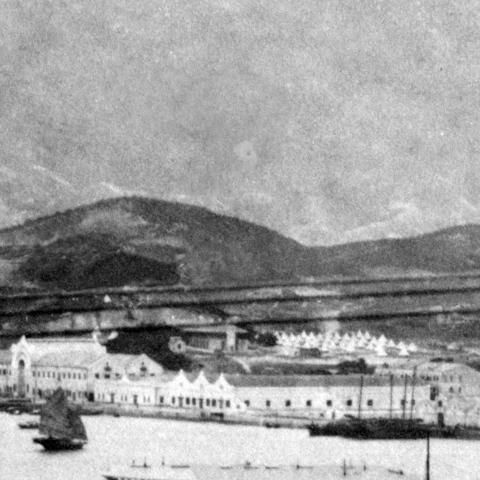 Then above the godowns we can see a building in the Whitfield barracks area, though most of the accomodation for troops is still tents.

I'll guess c.1890 as the date, but any better suggestions welcome.

It's definitely pre-1897, as HMS TAMAR is not present. The old wooden sailing two decker is acting as the accomodation vessel.

Thanks Andrew, so between the 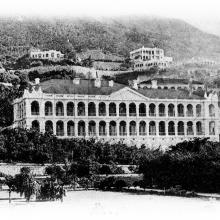 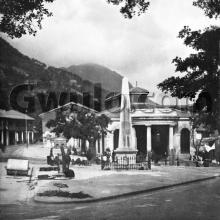 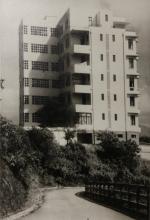