What: This photo was probably taken to catch the fancy sedan chair in the background: 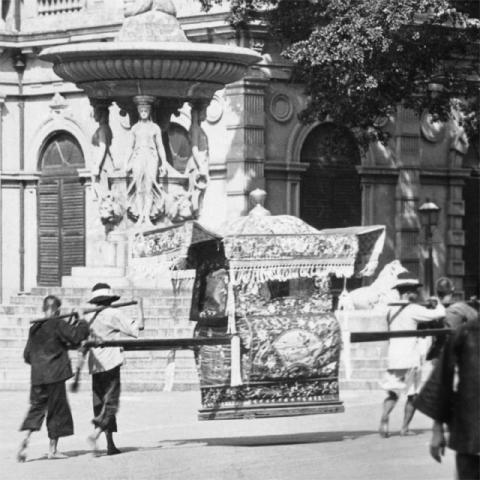 Families would hire a "red bridal sedan" to carry the bride on her wedding day - a bit like hiring a limousine today.

Who: I don't think there's any bride in this one though. Am I right to think there would be other members of the family walking alongside if the bride was present?

Where: The wide road in the foreground is Queen's Road. Today it's the section of Queen's Road Central passing the Bank Street junction, with the HSBC head office on the left and the old Bank of China building on the right. But in this photo a single building, City Hall, straddled both those lots of land.

Though Bank Street didn't exist when this photo was taken, you can see its location from the big fountain. Dent's Fountain stood about where the entrance to Bank Street is today.

When: The seller noted it came "from an American sailor's photo album in the years 1927-31".

Re: Carrying the Bride

If the Bride was in, the sadan carriers would not be that lax. The wooden support bars of sadan chair looked straight.  If the sadan chair itself is loaded it would have become a burdon, which would easily be shown.

On the other hand, if it is carrying the bride, a traditional ban with drums, gongs, cymbals and other instruments would be blazing the way.  Onlookers would be able to hear them a few blocks away.

Oh, BTW, I saw a similar parade in Silver Mine Bay on 30th Dec 2012 while preparing to go up Sunset Peak.  They don't have a full band but instead, they have Lion dance squad in front of it, going to the pier to welcome the bride.  I did not take any photos as I would have to ask for permission, delaying my hike.  Pity.  I could still hear the drums and cymbles when I reached the helipad up in the slopes, with fire crackers.

re: Carrying the Bride

Thanks for confirming my suspicions that it was empty.

Good to hear the chairs are still in use. I did a quick google search and found this video of a chair for hire: http://www.facebook.com/video/video.php?v=10150134201301615. Not as pretty as the old one though, and it's a bit of a cheat as it runs on wheels!

I surmise the fountain along with the western portion of the City Hall were removed in 1933 to make way for the third generation HSBC headquarters.

It is recorded that the fountain was 'turned on' and water flowed to mark the official opening of the harbour pipeline which brought water from the Shing Mun River to Hong Kong Island. One spectator recalled the last time the fountain was in operation was during the Prince of Wales visit in 1922. 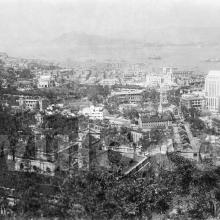 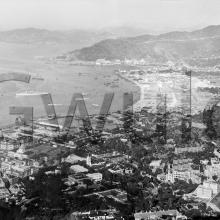