Nice view of British and foreign warships in the harbour. Guess the photo was taken in early1933. The China Fleet Club under construction was officially opened in 1934.

The Methodist Sailors and Soldiers Home completed in 1929 on the old praya can be seen next to the gabled buildings of the Royal Naval Canteen, yet to be demolished. The 4-storey block with the advertising billboards on Hennessy Road on the southwest corner of Fenwick Street has already been built.

Before the realignment of the tram tracks from Johnston Road onto Hennessy Road and Queen's Road East, the tramline would curve into Arsenal Street.

This is an interesting picture, because the Hong Kong Flotilla Boat Pool was to the right of the (Built 1955) Arsenal Street 'new' Police Station. It is interesting to one, who was very fimiliar mostly with the Missions to Seaman (Flying Angel) Club They had new juke boxes in there (1956) which played the latest hit parade tunes, namely 'Rock around the clock' Bill Haley and "Heartbreak Hotel" by Elvis. Back home UK they were all playing something called skiffle. The iconic Police Station is still there, I think it is buried under the new construction around it, and way back from the waterfront.

Possibly taken at the same

Possibly taken at the same time: 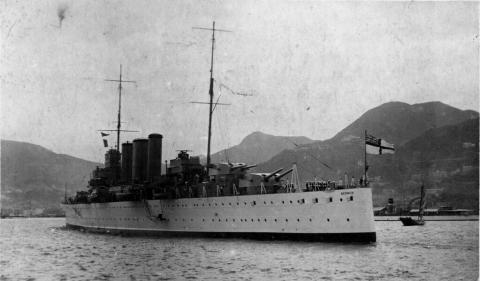 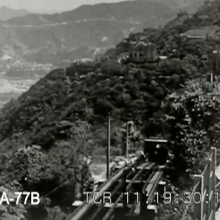 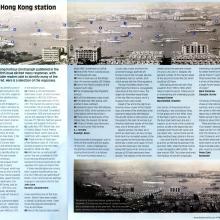