The Headquarters building of the Hong Kong Volunteer Defence Corps stood on the corner of Lower Albert Rd and Garden Road. (See 'Mapping Hong Kong', plates 3-5a and 3-5b)

END_OF_DOCUMENT_TOKEN_TO_BE_REPLACED

Second to none: the story of the Hong Kong Volunteers
By Phillip Bruce

By the way, if you walk to the Peak Tram lower terminus these days, there is a very nice display of old photos of the Government Buildings on this spot embedded in the walls facing Garden Rd.

I thought the mystery building that was being referred to in:

was on the south side of Lower Albert Road.

I was thinking of this photo from 1870s.  The new HQ was opened in 1906.  However, it appears that originally, the volunteers only got part of the building, and in 1906 they were given it all.

I just took a look through the old newspapers to see if I could get any more information about the opening (I searched for 'volunteer', 1905-1908). Nothing relevant there, but better luck with a search for 'volunteer' in HKGRO:

61. (Item 18.) Volunteer Headquarters - There was no sum put down for this in the Estimates for the year though the work was noted therein.

52. The question of a suitable Head Quarters which have been under discussion for so long, has been decided and plans have now been drawn up by the Public Works Department; the building will, I understand, be shortly commenced, and will consist of a Drill Hall 70 feet by 50 feet, Commandant's and Clerk's Offices, an Officers' Ante Room, Sergeants' Mess, Reading Room and Billiard Room for the Rank and File, a Clothing Store, and Quarters for the Corps Sergeant-Major. The present Maxim Gun Store will be retained, and the Field Guns and small arms will be kept in the Drill Hall which is to be provided with a strong concrete floor.

The building will be on the present site and should fill a long felt want.

55. Volunteer Headquarters - The erection of new Volunteer Headquarters which has long been under consideration, was undertaken in June. It was at one time proposed to erect the necessary buildings at Happy Valley immediately to the north of the Golf Club House and designs for this were prepared, but the proposal was ultimately abandoned in favour of the site of the old building at the corner of Garden and Lower Albert Roads. The old building was practically entirely taken down, only some of the basement walls being made use of in connection with the erection of the new one. Fair progress was made with the work, the walls being generally 6 feet above the level of the drill-hall floor, the concreting of which has been completed. A large quantity of joinery was in readiness for fixing. The cost of the building is being defrayed principally from funds in possession of the Volunteer Corps, the Government contributing a sum of $5,000 only.

26. The new Head Quarters were commenced in June, 1905, the orderly-room, stores &c., being temporarily housed in a matshed, the contract for the completion of the building was made for April, 1906, but I now understand that it is not likely to be finished until September 30th, 1906.

82. Volunteer Headquarters, Contribution - This building was completed in November and handed over to the Volunteers. It occupies a site at the corner of Lower Albert Road and Garden Road, from both of which entrances are provided. The accommodation afforded comprises a drill-hall (66' x 52'), Commandant's and Clerk's offices, a billiard-room, Officers' room, Sergeants' room, reading room, canteen and quarters for the Corps Sergeant Major. Extensive accommodation is provided for guns and ammunition in a basement under the drill-hall and, in a small detached building, there are lavatories and servants' rooms.

The buildings are of red brick in lime mortar, plastered externally with rough-cast plaster, with dressings and mouldings of cement mortar. The floors of the drill-hall and stores are of cement concrete, supported where necessary on steel beams ad the remaining floors are of hardwood supported on hardwood joists. The roofs are covered with double pan and roll tiling laid on timber purlins and principals except in the case of the drill-hall where the purlins and principals are of steel.

The building is lighted throughout with electric light and electric fans are provided in some of the rooms.

With the exception of a sum of $5,000 provided by Government, the entire cost of erecting and fitting up the buildings was defrayed from Corps funds. The total cost amounted to $30,929.28 and a further sum of $458.50 was expended on Kitson lamps for illuminating the Parade Ground.

21. The New Volunteer headquarters were opened on December 15th, 1906. The building has been paid for out of the Hongkong Volunteer Corps Fund with the addition of a sum of $5,000 from the Government. All the rooms have been well furnished and the Officers' and Sergeants' Mess Rooms and the Billiard Room have been completely fitted up out of private funds at no cost to the government. The building has already proved very popular and I personally feel very pleased that it should have been opened before the departure of Major Pritchard, who made a great point of the necessity of suitable headquarters ever since his arrival in the Colony. I am convinced that this will tend to make volunteering more popular and trust that the numbers will increase: the separate messes for Officers, Sergeants and rank and file should also improve the discipline of the Corps. 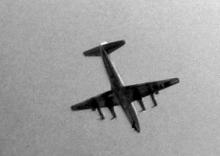