This plot was on the newly reclaimed land between Des Voeux Rd and Connaught Road. It was the last one to be built on along this section of the reclamation, and was taller than its neighbours, standing out in photos of the island taken from the harbour.

Completion date supplied by Moddsey from the 1924 PWD Report:

The demolition date is a guess, based on photos we've seen showing the construction of the next P&O building, also on this site. Corrections welcome.

Perhaps the move to the Peak had been premature - after all, the twenties were years of economic losses for many - for the young family soon moved downhill again, to take up residence in the penthouse of the P & O (Peninsula & Oriental) Building in Central. Jury lists show that this was Noel's registered address from 1926 to the War, apart from one year of absence in 1931 and one year at the Hong Kong Club in 1932. This stunning apartment had a balcony running around four sides where the young (and, one fears, precocious) Richard could ride his bicycle at will. Noel Croucher had not far to walk to the stock exchange on Ice House Street.

Pages 100-1, The Quest of Noel Croucher by Vaudine England.

END_OF_DOCUMENT_TOKEN_TO_BE_REPLACED

I date this photo to 1964. The construction of the P & O Bulding can be seen next to the GPO. (BTW, found difficulty in including the P & O Building under places to add). 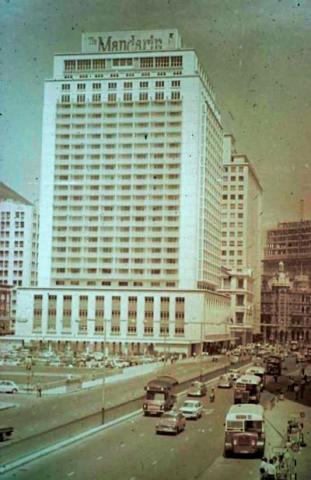 Thanks Moddsey, I've linked the 1964 photo to the next generaton of P&O building: http://gwulo.com/node/6533

I had trouble adding it under "Places shown" too. I think the software has a problem with the "&" character. The workaround is to remember that it will try and match any sequence of characters in the Place's name - it doesn't have to be the first characters. So I typed in :

and found it that way.

This was the second location.

This was the second location.  and the 1st generation at this location.  How should the title be updated?

Let's just note the generation in the title, and mention in the notes if there was any change in location. I've updated the notes & title above.

I believe this was the third location, with the first location over near Tit Hong Lane: https://gwulo.com/node/34095

Do you remember the source for the lot's name as "ML66 Praya Extention"? The PWD's report quoted above names the lot as ML366. 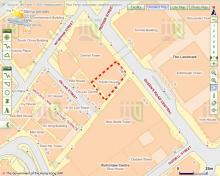