1969. Hong Kong island from across the harbour

When: "September, 1969", as stamped on the cardboard mount for this slide.

Where: The photographer is standing on the southern tip of Tsim Sha Tsui, looking across at the island. It's been a popular postcard view for many years:

In all these photos, the Peak dominates the picture. But here's how it looked this morning... 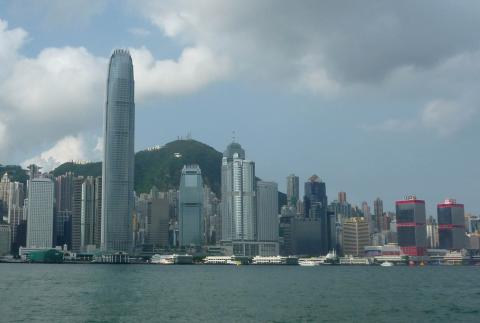 Now it's the buildings that dominate the skyline. I like the old view better!

What: Look back at the 1969 photo, and the left corner shows these four buildings along the seafront: 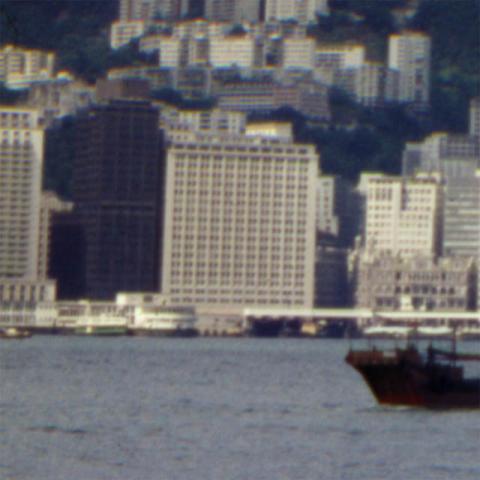 From the left we see: the edge of the Mandarin Hotel, St. Georges Building (the dark-coloured building, brand new in 1969), Union House, and the General Post Office.

Across on the far right is another building under construction, the Rumsey Street multi-storey car park. In front of it was the Macau Ferry Wharf (you can see a a couple of ferries tied up alongside): 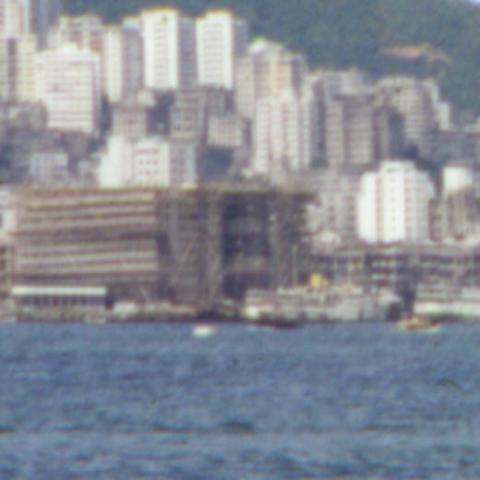 Looking back from 1969, the GPO is the only seafront building I can see in all the older photos.

There are more similarities between the 1969 and 2012 photos though. Three of the highlighted buildings from 1969 are still standing today: the Mandarin Hotel, St. Georges Building, and the Rumsey Street multi-storey car park.

Who: Probably a visitor to Hong Kong, taking a photo to remember the view.

What else can you see in this photo?

PS Apologies to you if you subscribe by email. Last week you received a couple of Gwulo emails about Cheung Chau for the second time. The second copy is courtesy of Google Feedburner, the service I use to handle email subscriptions. The good thing about it is that it's free for you & me to use. The problem is it occasionally has a bout of amnesia, and sends out an old message a second time.

Hopefully it doesn't happen often enough to be too annoying, but if you'd like an alternative I recommend you use RSS to subscribe, as it doesn't suffer from this problem. More details about how to subscribe by RSS at: http://gwulo.com/subscribe

Two buildings to the left of the Rumsey St Car Park i.e. the large white three- storey building with the archways housed the offices of the Marine Department. The building completed in 1906 was situated to the east of Wing On (eastern side of Rumsey St).

Thanks Moddsey. Here's a closeup: 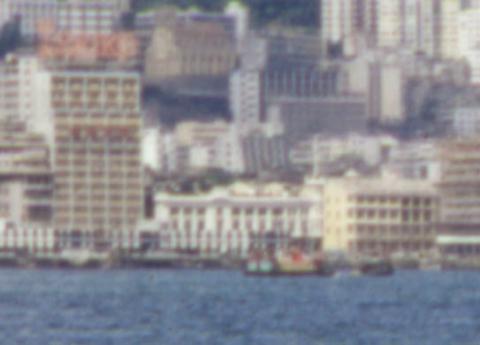 And a couple more photos. 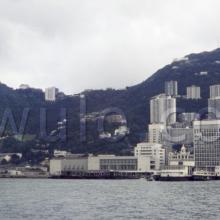 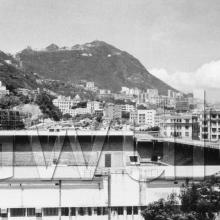 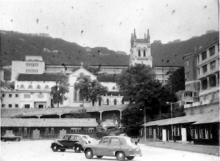