In response to David's request for swimwear photos here is one of two similar shots of my Warren cousins on Stanley Beach in 1932-33. The first shot carries the inscription "Mother knitted these swimsuits for us. We hated them." This snap is taken slightly further to the right from the first and shows a large building in the background. I wonder what it is. The first shot shows some structures on the extreme left of the photo, but is spoilt by the writing on the front of the photo. It would be interesting to see the route down the cliff by which the inmates of the future Stanley Camp, such as the diarists, R.E. Jones, Barbara Anslow and her sisters, would later take to swim if they had the energy.

Jill asked for details of the building on the coastline in the background of her old photo.

Comparison with the view from Stanley Main Beach today confirms that it was indeed the location of her photo. 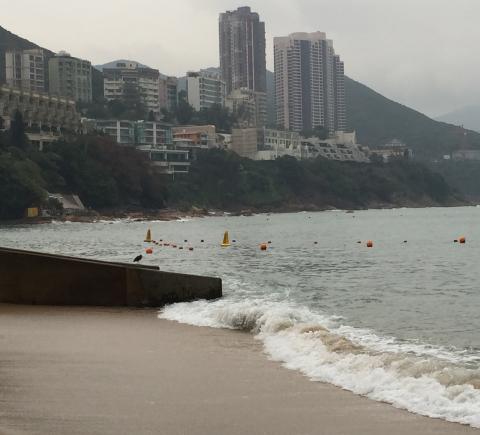 We're looking north-east along the north shore of Tai Tam Bay. Although the distinctive ridge line in the old photo is now largely obscured by high-rises, I think enough of it can still be seen to conclude that they are one and the same. The low-rise with the pointed roof at the end of the headland is the American Club (www.gwulo.com/node/4157) and sits in the same general area as the building in Jill's old photo.

The following extract from the 1939 map captures the same area. 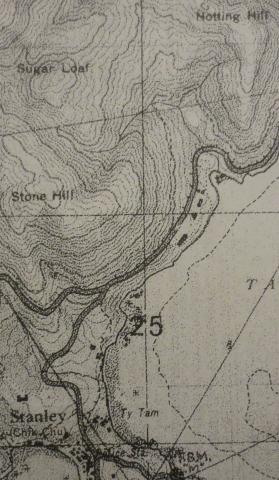 The first "T" in "Ty Tam" is roughly where the kids were sitting on the beach in the old photo. Four buildings stand in line on the coast to the north-east. Due to the angle from which Jill's photo was taken relative to the row of buildings, I think it shows the gable end of the nearest building to the beach.

This photo shows the same four buildings from the air. 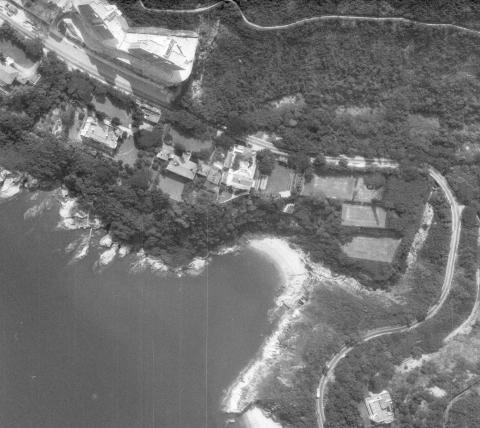 Unfortunately the one we are interested in, being the one nearest to Stanley Main Beach and the one in Jill's old photo, is only partly shown on the left edge of the photo. It's "South Cliff" (www.gwulo.com/node/6823), completed in 1920 and demolished in 1988.

Many thanks, gw, for undertaking this research to confirm that the distant and lone white building in my "knitted swimsuits" photo taken on Stanley Beach around 1929 was South Cliff. 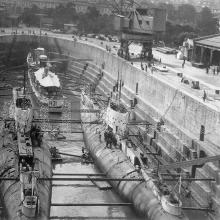 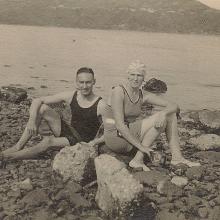