The service opened to the public on the 30th May 1888. Here's how it was reported on page 3 of the Hong Kong Telegraph:

THE Peak Tramway commenced operations this morning, the first car leaving St John Place punctually at 8 o'clock, and the succeeding cars being despatched according to the Co.'s Time Table. A few passengers, ladies included, availed themselves of the opportunity to enjoy a ramble over the breezy hills in the morning - an extremely healthy diversion which we will never tire of recommending to residents in the lower levels after the oppressive nights which they have to endure in this season.

Photos show the engine house was the only building in the beginning. The platform was not covered: 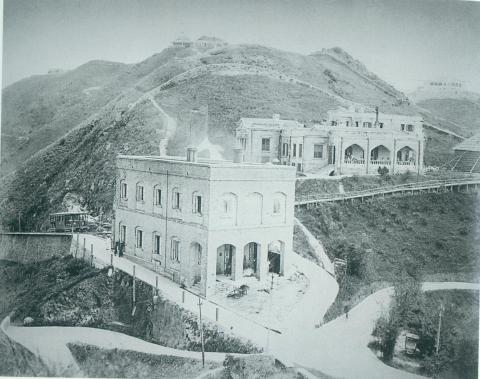 Later photos show a building added, and a roof over the platform. (This photo is looking in the opposite direction to the previous photo.) 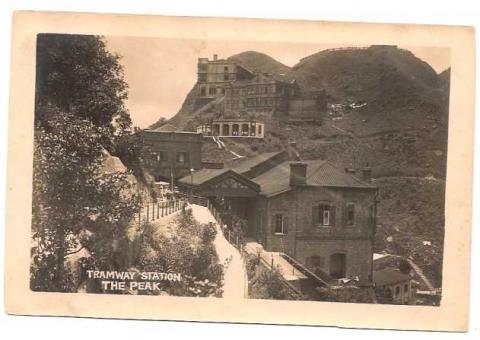 it is reported in the 1926 Public Works Department Annual Report as:

We've been sent this photo showing the upper Peak Tram terminus in the 1940s, looking much as it would have when Martin Booth saw it in the 1950's. 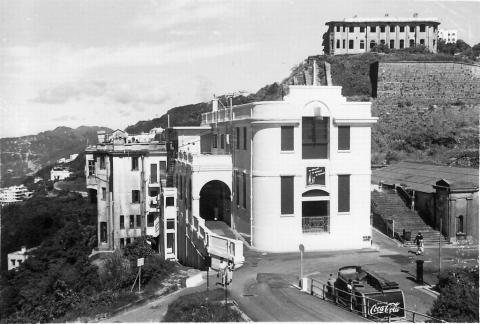 The ruined area to the right is where the grand Peak Hotel once stood. It was demolished after WWII, so this photo must have been taken in the late 1940s.

END_OF_DOCUMENT_TOKEN_TO_BE_REPLACED 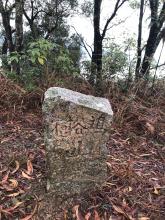